Bart de Vrees (1974) studied composition and (classical) percussion at the Conservatory of Amsterdam. In 2001 he graduated percussion tweede fase and in 2007 he finished his composition studies.

Being a percussionist, composer, improviser and performer, de Vrees holds a unique position within the dutch cultural field, working with both traditional (acoustic) instruments/voices and with new media such as electronics and video. His work is a constant search to integrate or desintegrate music, words, movement, theatre, visual arts and new media. For many years he has collaborated with a large number of artists from all kinds of artistic disciplines and styles.

De Vrees is one of the founders of Monoták, an Amsterdam based international collective of composers, performers and visual/sound artists and he is one of the co-founders of Splendor a venue in Amsterdam run by musicians.
Last but not least he is one of the organisers and curators of the yearly 'Electronic Extravaganza'
festival organised by Monoták and STEIM in Splendor. The 'Electronic Extravaganza' is a festival
dedicated to electronic music and other new media in the broadest sense of the word.

He is currently working on Pseudo prelude in C- for piano solo, The whereabouts of W. (last words) for percussion solo and Posthuman digital neurosis for an open instrumentation for at least two instruments and video. 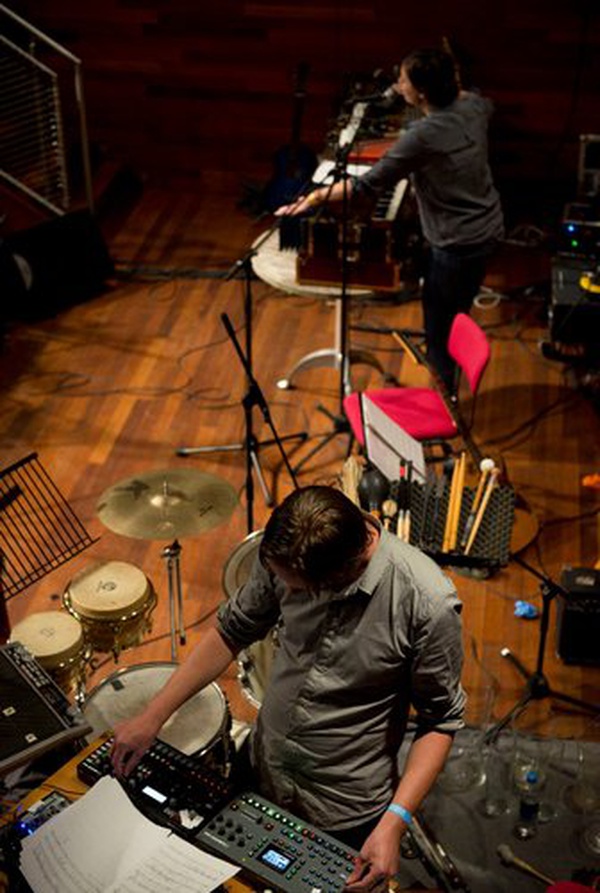