Composer and sound artist of classical education and several influences, with works located near the turning point between traditional concert situations and other disciplines like installation, performance of videoart.
He starts his musical education in Spain, moving later to Germany, where he studies with Mathias Spahlinger, Peter Ablinger and Mesias Maiguashca.
His work is being defined in the last time as a deconstruction of several musical “a-prioris” that root in the socio-political reality. This leads the discourse into an area where the borders of music are questioned through several procedures: irruption of scenic, spatial and visual elements into the musical realm, amalgams with language or with recordings of the “outside”…
He has been represented in a number of places among Europe, America and Asia, and laureated with several prizes and grants: Darmstadt Summer courses, Humboldt Foundation, DAAD, La Caixa, Academia Europaea, SWR Stuttgart, Spanish Culture Ministry, Residencia de Estudiantes, Casa Velazquez…
Besides his activity as a composer, he carries an intense labor as lecturer and writer, with regular publications in several media and numerous lectures and courses in different institutions.
Presently, he works as co-director of the Masters in Electroacoustic Composition (CSKG, Madrid) and teaching at the University of Music of Zaragoza. 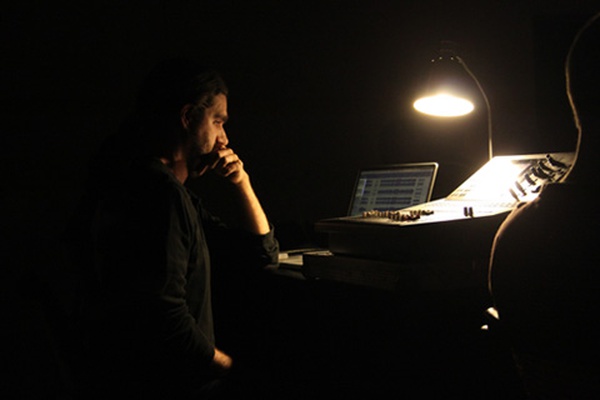