Carola Bauckholt was born in Krefeld, Germany, in 1959.
After working at the Theater am Marienplatz (TAM), Krefeld for several years, she studied composition at the Musikhochschule Köln with Mauricio Kagel (1978 - 1984). She founded the Thürmchen Verlag (music publisher) along with Caspar Johannes Walter in 1985, and six years later they founded the Thürmchen Ensemble.

​She has received numerous residencies and prizes such as the Bernd Alois Zimmermann Scholarship from the city of Cologne (1986), a residency at the Villa Massimo in Rome (1997), in 1998 she was designated the Artist of the Year by the State of North Rhine Westphalia, and she was selected to represent Germany at the World Music Days in Mexico City 1992, Copenhagen 1996, Seoul 1997 and in Zurich 2004. She was awarded the German Composers Prize from the GEMA in the category of experimental music in 2010. From London International Animation Festival 2019 she received the "Best Sound Design Award" for "The Flounder" in collaboration with Elizabeth Hobbs and Klangforum Wien. For 2021 she has been invited to a three-month stay at the Villa Aurora in Los Angeles.

In 2013, she was elected as a member of Akademie der Künste in Berlin. In 2015, she was appointed as professor of composition with focus on contemporary musictheatre at the Anton Bruckner Privatuniversität in Linz, Austria. In 2020, she was elected as a member of the North Rhine-Westphalian Academy of Sciences, Humanities and the Arts.
​
A central theme of Bauckholt's work is the examination of the phenomena of perception and understanding. Her compositions often blur the boundaries between visual arts, musical theater and concert music. She is especially fond of using noisy sounds, which are often produced by unconventional means (such as extended instrumental techniques or bringing everyday objects to the concert hall). It is important to note that these noises are not just part of some kind of a predetermined compositional structure, but rather they are carefully studied and left free to unfold and develop at their own pace lending the compositions their own unique rhythm. 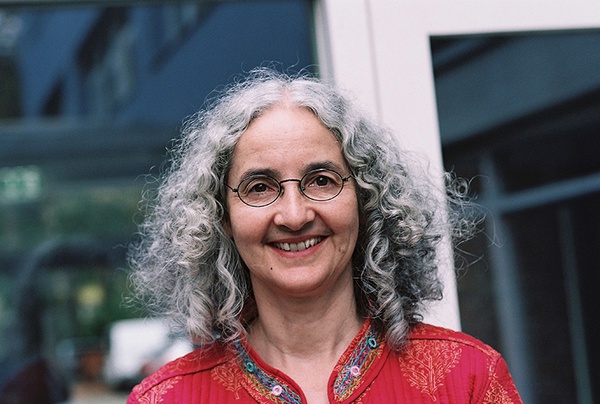