New York born and raised, Nicolas Collins studied composition with Alvin Lucier at Wesleyan University, worked for many years with David Tudor, and has collaborated with numerous soloist and ensembles around the world. He lived most of the 1990s in Europe, where he was Visiting Artistic Director of Stichting STEIM (Amsterdam), and a DAAD composer-in-residence in Berlin. Since 1997 he has been editor-in-chief of the Leonardo Music Journal, and since 1999 a Professor in the Department of Sound at the School of the Art Institute of Chicago. The second edition of his book, Handmade Electronic Music – The Art of Hardware Hacking, was published by Routledge in 2009. Collins has the dubious distinction of having played at both CBGBs and the Concertgebouw. 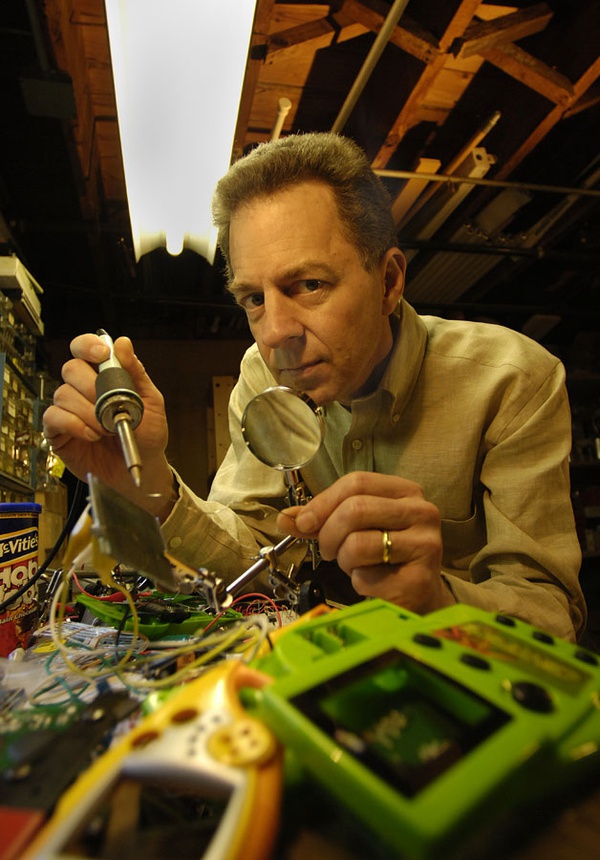