Nicolas Roulive is born in 1989 in Namur, Belgium. He started to study the piano at the age of 11.At the age of 14 he started to write music through computer softwares. In 2007, he entered as piano student the Royal Conservatory of Mons(Arts2), Belgium, where he completed a Bachelor degree in 2010. Interested about contemporary music, he had the opportunity  during his studies in Belgium to work as pianist alongside his colleagues from this school’s composition department.

In 2010 he entered the « Paul Dukas » conservatory in Paris where he studied at the class of prof. Eric Tanguy during four years. In 2014, he entered the Regional Conservatory of Paris (CRR de Paris) where he studied composition with prof. Edith Canat de Chizy. He also entered the Departmental Conservatory of Montreuil (CRD de Montreuil) for further piano studies under prof. Gwendal Giguelay’s guidance, chamber music with prof. Michel Maurer, and accompaniment with prof. Florestan Boutin. He obtained his diplomas in both institutions in June 2016.

He is currently studying for a Master in Mixed Medias Composition at the university of Music of Geneva (HEM Genève), Switzerland with prof. Michael Jarrell, prof. Luis Naon and prof. Gilbert Nouno.

He was selected for the « Sound of Wander » 2018 masterclasses by prof. Chaya Czernowin and receives advices from international composers as Kaija Saariaho, Stefano Gervasoni, Santiago Diez-Fischer, Philippe Leroux, Rebecca Saunders and Stefan Prins among others.

In 2014 he received the first prize and audience prize of the « Piano Contemporain week-end » composition competition for solo piano by « Frederic Chopin » Conservatory in Paris.

In 2019 his piece « Suicide Circus » for Bass Clarinet and Cello solo, Ensemble and Electronics was awarded the prize of the « Paleo Festival Nyon ».

He also regularly performs as a pianist in both classical and contemporary repertories. 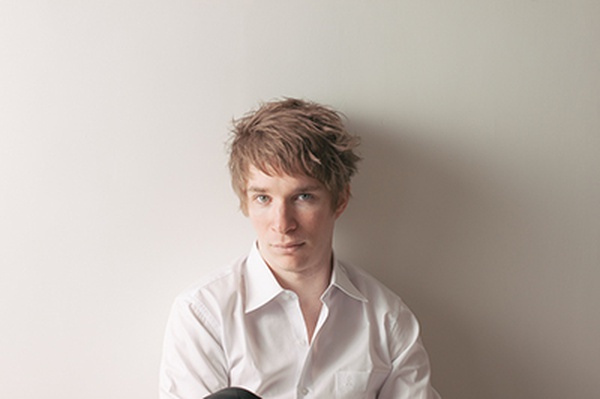